Novel solutions for improving the lifespan of the offshore wind farms 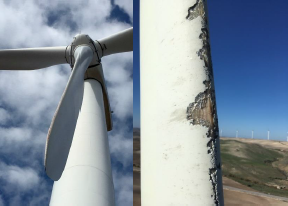 Novel solutions for improving the lifespan of the offshore wind farms

This gave birth to MAREWIND consortium – an EU funded-project that aims to resolve the major issues related to the short lifespan of the wind turbines. Firstly, the project will aim at improving coatings that will prevent leading-edge erosion, marine biofouling, biofouling-induced corrosion and corrosion (both splash and atmospheric). Moreover, MAREWIND project will optimize the concrete structures that go underneath the water surface. It will also improve in wind turbine blade performance (blades must show good mechanical properties).

In December 2020, MAREWIND project has started with creating a framework of requirements, references and a background of the parameters for each task (coatings duration, leading-edge protections, water resistance of the concretes developed). Secondly, the consortium also prepared a specific planning of technical activities for the rest of the project (characterisations to be carried out, lab-scale tests, scale up processes, etc.). 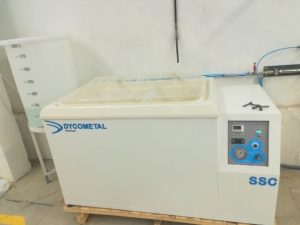 In addition, the project consortium defined technical requirements for every different project section. It carried out a comparison with the current systems under use and an analysis of costs and target costs for every technology to be developed. The different characterisations that will be performed to ensure the good behaviour of the solutions achieved during this project have been also collected. Moreover, the acceptance criteria for most of this characterisation has been defined

During MAREWIND project, the project partners will develop project technologies for anti-corrosion coatings for metallic parts and fastening elements, anti-fouling coatings, new composites for blades, anti-erosion coatings for the blades and new high-performance concrete materials. These technologies will be tested on different demonstration sites. The selected demonstration sites have been selected as follow: Other onshore wind farms: MAREWIND’s partner KOSHKIL has selected several farms in the Northern Spain and one in Southern Spain, and they are working with the property to reach an agreement to use them like demo site. The demo sites  have been selected in order to test the coastal corrosion of metallic towers and flanges, erosion and ice formation on blades and on other elements such as anemometers.
SHARE ON

This project has received funding from the European Union’s Horizon 2020 research and innovation programme under grant agreement No 952960.

GET IN TOUCH WITH US

Have a question or feedback
about MAREWIND?

Subscribe to receive the MAREWIND newsletters with latest news and events.